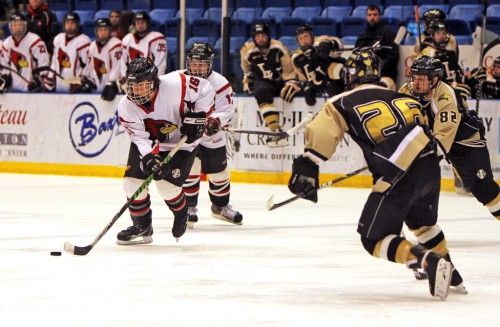 Archive PhotoThe Redbirds will look to continue their winning streak when they take on Southern Illinois-Edwardsville this Friday and Saturday at the U.S Cellular Coliseum. 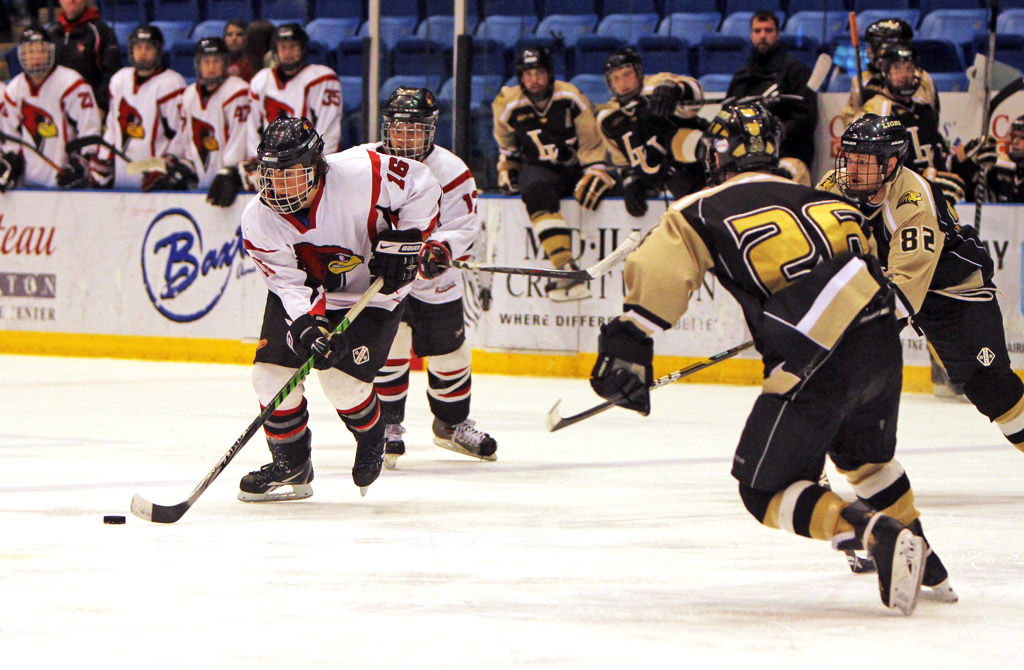 Archive PhotoThe Redbirds will look to continue their winning streak when they take on Southern Illinois-Edwardsville this Friday and Saturday at the U.S Cellular Coliseum.

The Illinois State mens hockey team continued their success this past weekend in their two-game series against the DePaul Blue Demons. In the first game on Friday night, the Birds came out fast and scored two goals in each of the first two periods while allowing no goals against them. The first goal of the game came from Clint Zumer, who was assisted by captain Connor Anderson and Tim Talty. Brian Reimel, who was assisted by Parker Johnson, scored the next goal. In the second period, the third and fourth goal for the Redbirds came from Jeremy Norway and D.J. Mussey.

The Blue Demons started the third period strong, scoring two quick goals that came only three and five minutes into the period. Scorers for the Blue Demons included Billy Savino and Nick Oliver. But the fast start came to a halt after Griffin Burns answered DePauls two goals with one of his own, only a minute later, and ISU ended up scoring another goal five minutes later which came from Vinny Carbone.

I feel we did not play our best hockey by any means, but with this team we just find a way to score and win hockey games, Talty said.

On Saturday night in Bloomington, the game played out a little differently and the score was even through the first two periods. Both DePaul and ISU scored three goals in the first period and after two periods it was a 5-4 game in favor of the Birds. ISUs goals in the game came from Anderson, Talty and Norway. Talty and Norway had stellar offensive showings; Talty completed the hat trick and Norway stood out from the pack with four goals of his own. The Redbirds played a crisp game, cutting their penalties in half from the night before. Many things need to be in tune in order to keep this winning streak going for the Birds.

The biggest thing is staying focused and not getting complacent with ourselves. We still have a lot of room for improvement and need to try and get better every game, Anderson said.

This year marks the 45th season as a hockey club. The club has a storied past and has had success the past two seasons when they qualified for the American Collegiate Hockey Association Division II Nationals. The club will be moving up to Division I next season, the highest competition level. Despite where they are going, the team continues to find it important to remember where they came from.

I got a chance to meet some old alumni, one who even helped start the program and kept it going for over 30 years, so that helped put into perspective how far the organization has come and is pretty cool to be a part of, Anderson said.

The Redbirds will try to keep their winning streak intact 7 p.m. Friday and 1 p.m. Saturday when they take on Southern Illinois-Edwardsville at the U.S. Cellular Coliseum.