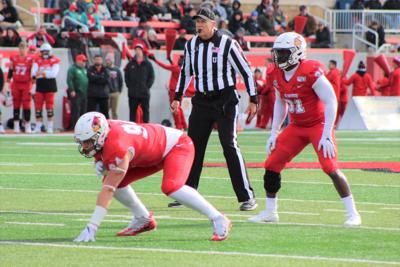 Seniors running back James Robinson and safety Luther Kirk were selected to play in the annual East vs. West Shriners Bowl.

Kirk and Robinson are the fifth and sixth Redbirds selected. The bowl gives players a chance to showcase themselves in front of over 300 NFL coaches, scouts and agents.

Robinson earned the nod after finishing a historic career as a Redbird. Robinson finished the season with 1,899 rushing yards along with 18 touchdowns.

Kirk earned the nod after leading one of the strongest defenses in the Missouri Valley Conference. Kirk finished the season with 89 total tackles with three sacks and one forced fumble.

Kirk also earned a nod as an All-American.

The duo will play on the West team. Other notable players on the West side includes Illinois running back Reggie Corbin, Missouri quarterback Kelly Bryant and Oregon wide receiver Juwan Johnson, among others.

After losing to No. 1 North Dakota State at home 37-3 earlier this season, very few expected…