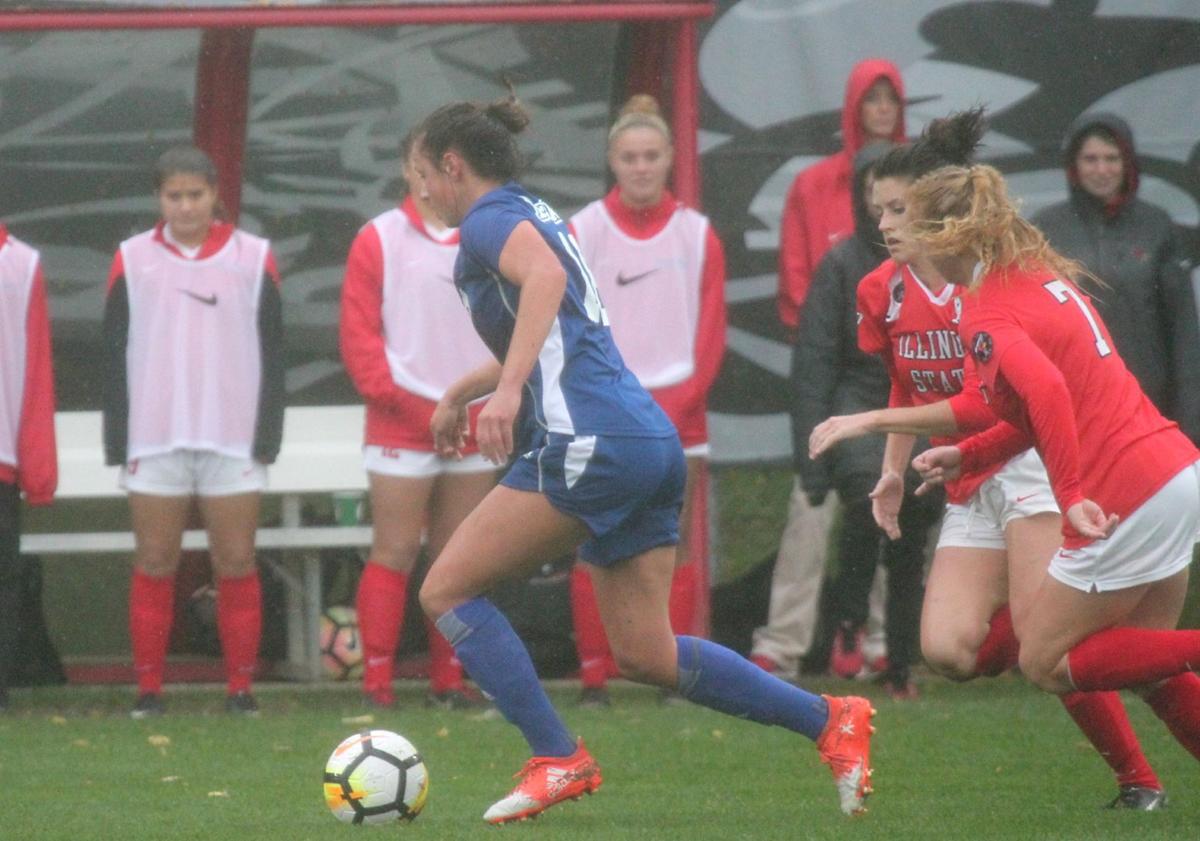 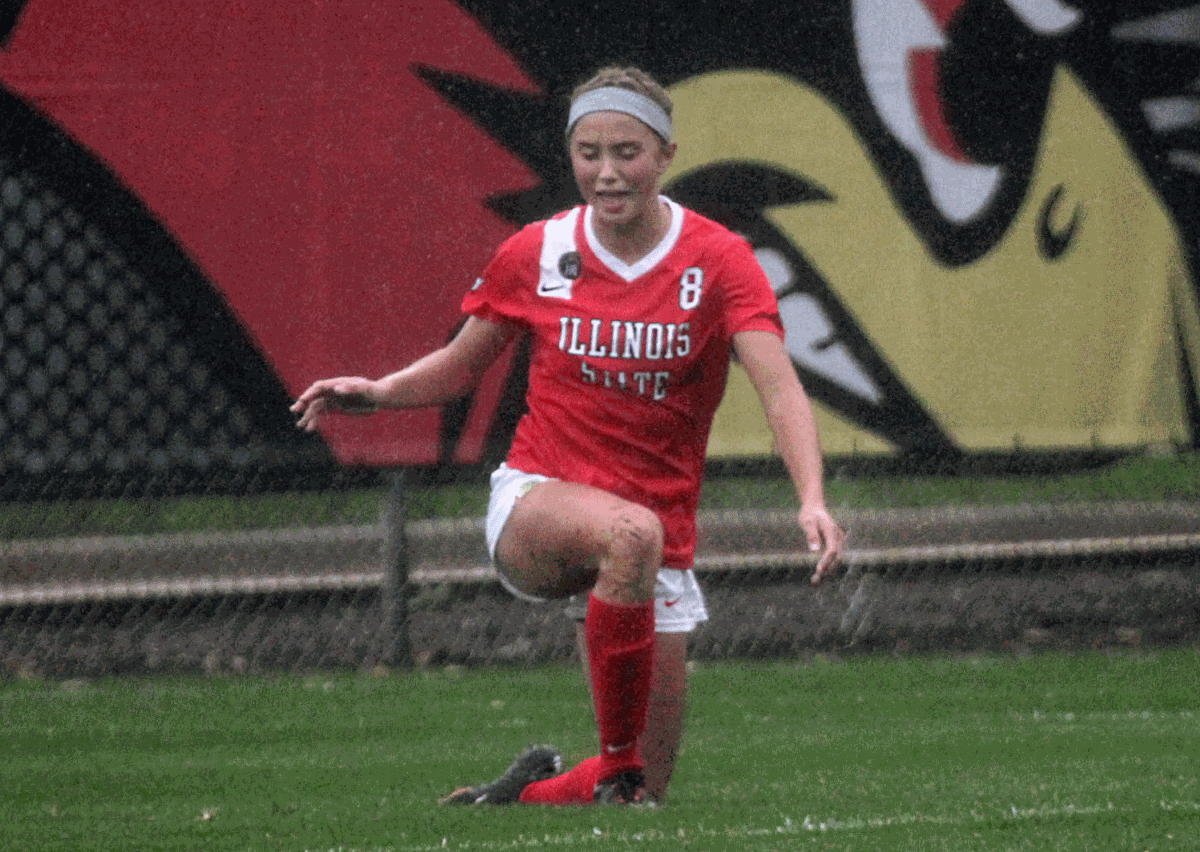 Illinois State's Kate Del Fava battles during the Redbirds' game versus Drake Sunday at Adelaide Street Field. Drake would go on to defeat ISU 3-2 in overtime to clinch the MVC title.

Illinois State's Kate Del Fava battles during the Redbirds' game versus Drake Sunday at Adelaide Street Field. Drake would go on to defeat ISU 3-2 in overtime to clinch the MVC title.

As the Drake Bulldogs sought to clinch the 2017 Missouri Valley Conference regular season championship, Illinois State soccer was looking to defend not just home field, but its title as well.

While the Redbirds came close to crashing the party, a golden goal by senior Ali Smith in the first overtime period helped Drake beat ISU 3-2 and clinch the MVC title Sunday at Adelaide Street Field. It is Drake’s (12-3-2, 5-0-1 MVC) second championship in the past three years.

“It was a tough one, no doubt about it,” ISU head coach Brad Silvey said. “But congrats to Drake. They’re a tough team. No doubt about it. And I hope to see them later on in the tournament this year.”

Junior Alyssa Brand scored her first two goals of the season to help lead Drake in regulation. Meanwhile, both senior Kelli Zickert and sophomore Kate Del Fava found the back of the net for the Redbirds (9-7-2, 3-3 MVC).

Brand’s first goal came at 25:15 when she dove and headed in a cross from sophomore Annie Schmitz to put Drake up 1-0. The Bulldogs would carry that lead into the half.

In the second half, ISU came out attacking frequently, but struggled to find the back of the net. That changed at 68:14 when Zickert shot the ball 30 yards out and found the upper corner of the net to tie the match at 1-1.

Three minutes later, the Redbirds had a free kick. After senior Emily Dickman put the ball in play, Del Fava got a shot off which made it past Drake senior goalkeeper, Haley Morris, at 71:47 to put Illinois State up 2-1.

Much of the momentum the Redbirds had gained in the past three and a half minutes would go away 82 seconds later.

After Del Fava’s goal, Drake marched right down the field before Brand snuck a shot past ISU sophomore goalkeeper Haley Smith to tie the match at 2-2. Both teams continued fighting hard before ending up in overtime.

Just over three and a half minutes into the first overtime period at 93:35, Drake once again used the header to its advantage when Smith headed in a corner kick to give the Bulldogs both the victory and the championship.

“I think we did well,” Zickert said. “Obviously, it was a tough loss. We played really well in the second half and I’m proud of us.”

ISU now has one last match remaining in the regular season, a contest at Missouri State on Thursday. After that game, the Redbirds will know whether they will get to host their opening round match for the MVC tournament, which starts on Sunday. To do so, they must finish in either third or fourth place in the standings to clinch home field for that round.

“We’ll pick ourselves back up and we’ll get after it on Tuesday,” Silvey said. “[We] have a day off tomorrow and [we’ll] get back to work on Tuesday. We still have a lot to play for within the Valley.”

NICK LANDI is a sports writer and blogger for The Videte. He can be reached by email vidette_nlandi@exchange.ilstu.edu and found on Twitter @TheDon1033

Why do you think young voters are more inclined NOT to vote?