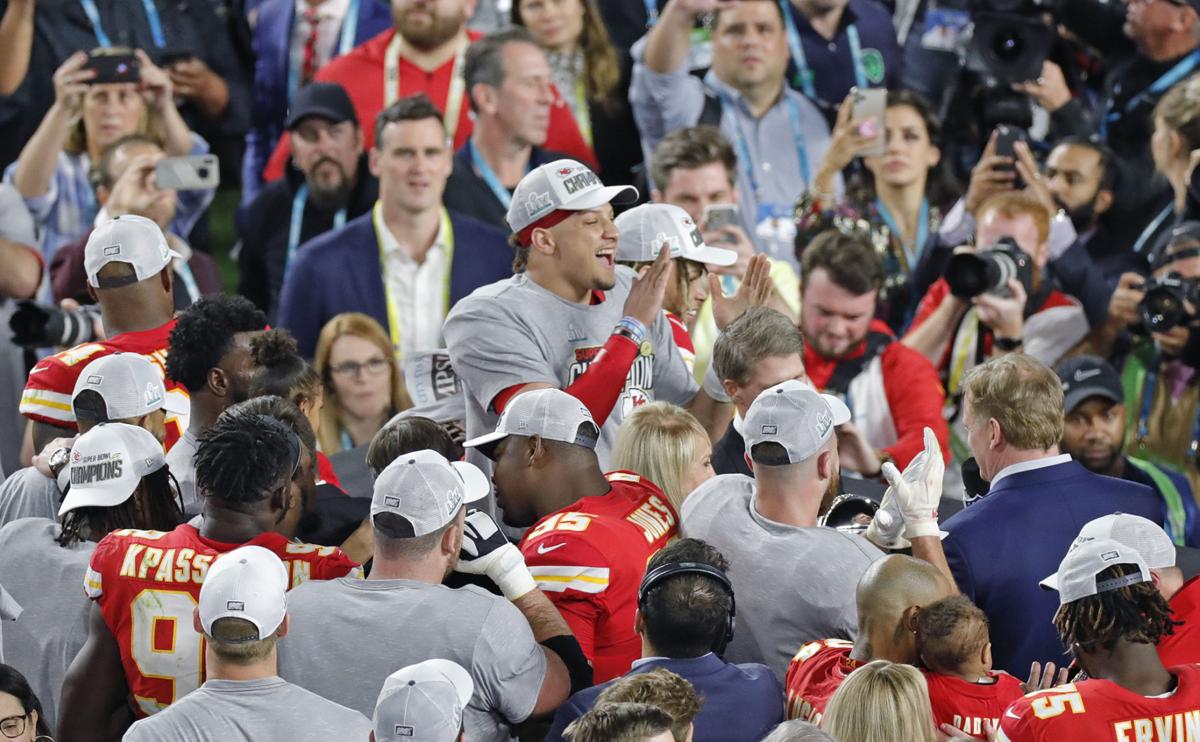 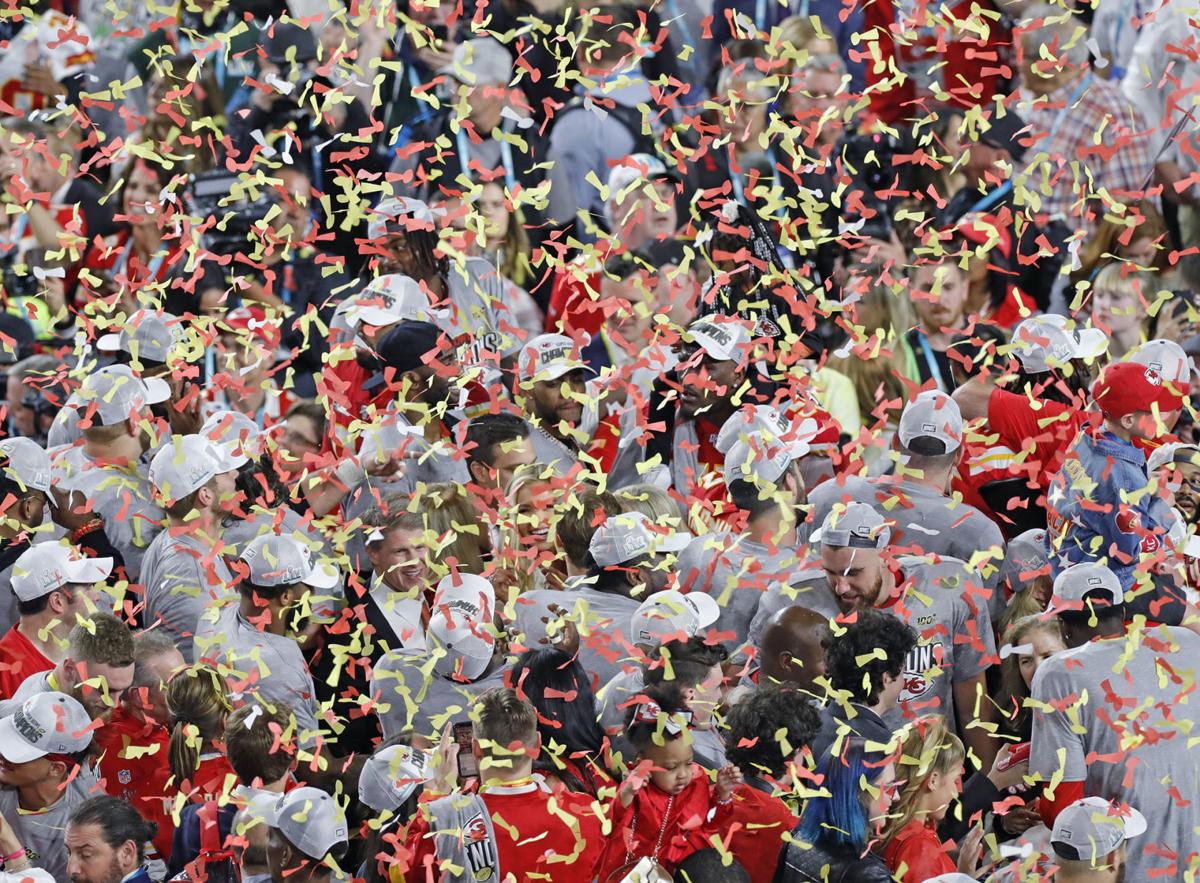 If Fox’s more than 100 cameras can’t come up with a definitive shot, what hope can there be for replay review?

This is the lingering question from Damien Williams’ go-ahead fourth-quarter touchdown, which helped the Kansas City Chiefs to their 31-21 Super Bowl victory over the 49ers on Sunday.

Williams might have scored on the 5-yard pass play, as the officials ruled. But he also might have stepped out of bounds before the ball crossed the plane of the goal line.

Fox had all those cameras in use at Hard Rock Stadium — reportedly including, but not limited to, 70 manned and robotic cameras and more than 20 end-zone and end-line pylon cameras — and still couldn’t capture an angle that decisively showed whether the call was right or not.

At least it couldn’t produce a replay that gave a definitive view of the play that helped rally the Chiefs to a four-point lead with less than three minutes to play after trailing by 10 at the start of the fourth quarter.

Buck unfortunately had no better idea than his audience.

“Well, they’ll look at it every possible way as right now this is the go-ahead touchdown in the fourth quarter of a Super Bowl,” Buck said, vamping as best he could. “He reached, got it across the goal line but it looked like that right foot might have been out.”

The ruling on the field stood, but viewers saw nothing that clearly settled the matter and were left with no idea if the NFL’s replay team saw something they didn’t.

If the NFL wanted to satisfy fans’ curiosity about how and why rulings are made, they would allow networks to televise what the reviewers are doing and say to each other.

But no matter the protocols and lack of transparency, this latest call suggests replay review never will be perfect officiating in the NFL.

If a Super Bowl-sized crew can’t guarantee viewers see a shot that erases all doubt, what hope can there be for a regular-season regional telecast with far fewer resources on which to draw?

Fortunately, this review of Super Bowl winners and losers has no such close calls.

Choreographed celebrations have become an NFL standard, but the Chiefs’ synchronized pre-snap backfield spin move that set up a snap directly to Damien Williams, who gained four yards on 4th-and-1 from the San Francisco 5.

The Pips, Temptations, Backstreet Boys — take your pick — had every right to feel proud. Patrick Mahomes ran for the first K.C. touchdown from the 1 two plays later.

The Bears, descendants of the Decatur Staleys, always get cited as one of the NFL’s founding franchises. The modern-day iteration of the Racine Cardinals don’t, as demonstrated once more in the pregame salute to the 100 greatest players and coaches of the 100-season-old league.

Bet it was a kick for the Bears’ radio play-by-play voice to hear his “Devin Hester, you are ridiculous” call excerpted in that “NFL 100” ceremony.

The home of the Packers has its appeal. But if the NFL and its owners truly believed it to be “the greatest stadium in sports,” as Liev Schreiber said in the 100th season wrap-up celebration, the league wouldn’t have teams spending billions of dollars to ensure their palatial new edifices in no way resemble Lambeau’s austere aesthetic.

The Bears heiress got plenty of pregame love from the league her dad George Halas helped launch.

Virginia McCaskey, 97, didn’t just show up in the NFL’s paean to the U.S. flag, a segment that inadvertently stirred memories of former 49ers quarterback Colin Kaepernick’s 2017 anthem protests. She also made an appearance, alongside Hall of Famers Peyton Manning and “Mean” Joe Greene in an elaborate NFL commercial.

“You know what to do,” McCaskey said, handing a ball to 12-year-old Maxwell “Bunchie” Young before Young ran onto the field with other kids to present the ball to a game official on the field in Miami.

Those scoring graphics that made Patrick Mahomes and others look like comic-book superheroes were a nice touch. But how come there wasn’t one for 49ers fullback Kyle Juszczyk’s second-quarter touchdown catch? With all the money flowing through the Super Bowl broadcast, it couldn’t have been a budget issue.

Advertisers must be running out of viewers’ favorite old songs to co-opt into sales pitches because they’re now drilling down hard on favorite old movies.

The plays off “Rocky,” “Groundhog Day,” “Men in Black,” “Mars Attacks,” “Fargo,” “Star Wars” and others were well done, no question, but it would be nice to be able to re-visit, say, “Casablanca” without thinking of Google.

That ad in which the older gentleman uses Google to retrieve memories of his absent wife, Loretta, was a tearjerker. That the Alphabet company will use the information it gleans from its interactions with him to help marketers sway him went unsaid in the ad, as in life.

As any preschooler learns and was proved after last month’s Chiefs AFC title game, yellow and red create orange. The end result after Sunday’s 31-20 victory was something that in long shots looked in the air and on the field very much like the dust seen earlier in Cheetos’ “U Can’t Touch This” ad.

The region’s team was reduced to a spectator at this Super Bowl. But with Bill Belichick showing off his rings, Tom Brady appearing in a commercial and the “smaht pahking cah” spot with Rachel Dratch, John Krasinski, Chris Evans and David “Big Papi” Ortiz, Patriots Nation nevertheless had a significant presence.

The future Hall of Famer lent a surprisingly charisma-free presence to a largely forgettable ad for … something. Hard to believe Tom Brady isn’t better at this sort of thing. He usually excels on Super Sunday.

Between Dwayne “The Rock” Johnson’s WWE-infused Super Bowl player intros and the NFL letting Fox promote Saturday’s return of Vince McMahon’s long-dormant football venture, it was a good night for the league that 19 years ago gave us “He Hate Me” and “the human coin toss.”

As CNN’s Brian Lowry tweeted: “So Marvel’s not cinema and Hollywood doesn’t care about art, but it’s OK for Scorsese to do Coke commercials?”

Fox might have thought twice about positioning that “Make Space for Women” ad so close to giving viewers five men kibitzing about the first half. Maybe the network should have, you know, made space for women.

The start of spring training is fast-approaching. Opening day is seven weeks away.

Fox had all those cameras in use at Hard Rock Stadium — reportedly including, but not limited to, 70 manned and robotic cameras and more than 20 end zone and end-line pylon cameras —and still couldn’t capture an angle that decisively showed whether the call was right or not.