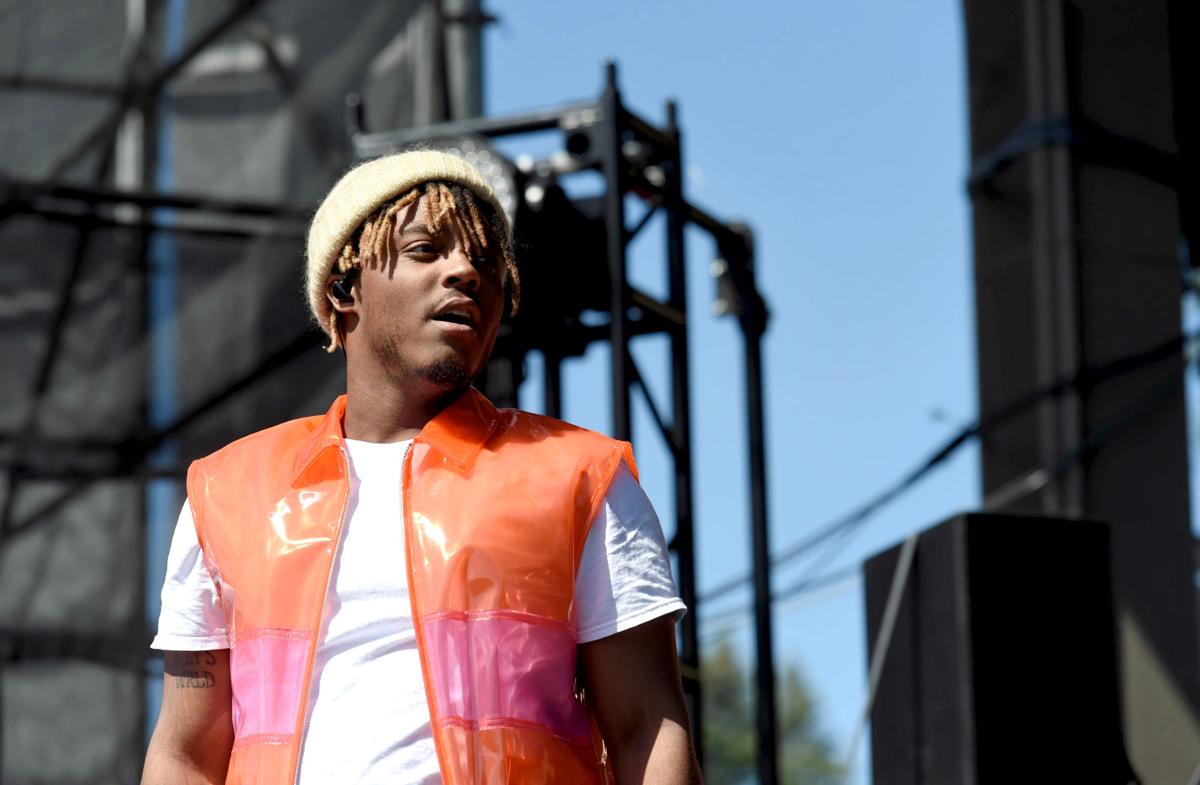 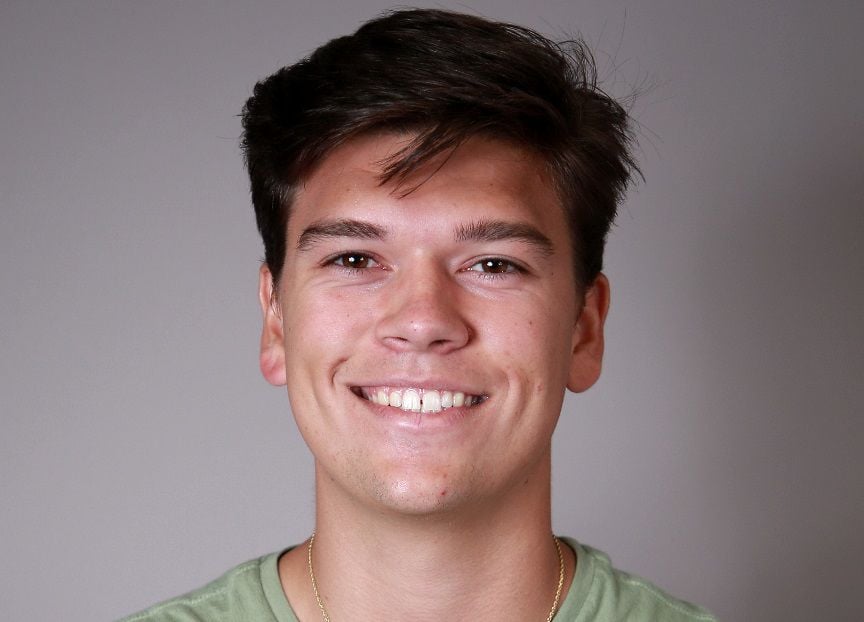 Alternating between one earbud to stay comfortable laying on my pillow, I went to bed Saturday like I do every night: listening to music.

There are many people like me who use music as an escape from reality, to find meaning from adversity or even as a method of therapy.

From Frank Sinatra to Fleetwood Mac, Trippie Redd to Nirvana and Iann Dior to the Beastie Boys, my music taste spans from one end of the spectrum to the next. Yet, one artist has been a constant mainstay in my rotation since his overnight hip-hop takeover: Juice WRLD.

His legacy resides within the confines of nearly three blockbuster years, always striving to “change the world” as he said to music magazine The FADER in his September cover story.

He changed not only the world, but music as a whole.

Juice WRLD attended Homewood-Flossmoor high school in the south suburbs of Chicago (Flossmoor). He’s a Chicago kid — like many of us — who, at the time, had dreams of becoming what we'll all remember him by: a legend.

Juice’s stardom began with his hit single “Lucid Dreams” off of his debut album “Goodbye and Good Riddance” which eventually earned him his first No. 1 record in 2018.

In the months following "Goodbye and Good Riddance's" chart-topping success, Juice released collaborative piece "WRLD on Drugs" with Grammy-award winning rapper Future. His second commercial album "DEATHRACE FOR LOVE" dropped in March 2019, as it was his first No. 1 album debuting on Billboard's 200 albums chart.

But his story is far more than just two back-to-back platinum commercial albums.

"Let my insecurities take over. Right now it's kind of hard to stay sober. Last thing I want to hear is it's over. Love is deadly, it's going to put me in a coma."

Juice’s music was something greater than his success at the surface. It created a community for those to be okay with handling their emotions; offering a safe haven to let those with negative thoughts find the light amid the darkness.

His start on SoundCloud is ultimately where it would end as well, where genuine followers of Juice WRLD — like myself — tracked down the hundreds of unreleased tracks across the platform's search bar. This underground following made him who he was, even if those songs were hidden in plain sight.

The emo-rap craze caught fire instantly during Juice WRLD's ascent to stardom, as he was a part of its few pioneers (i.e. XXXTENTACION, Lil Peep, Trippie Redd, Ski Mask The Slump God etc.) paving the way for their footsteps to be followed.

The hip-hop world heavily mourned in the wake of Juice's death.

They Keep Taking My Brothers From Me Bruhhhhhhhhhhhhh

i am heartbroken. I love you so much juice. you will be remembered forever

I don’t know about you, but having multiple 100-plus track playlists of unreleased Juice music, I felt totally immersed in his world, understanding his fears, triumphs, hardships and thoughts.

But at this moment in time, you may feel empty, hurt and possibly even lost. It’s always a big deal when a 21-year-old talent passes way too soon.

However, there’s a bigger issue at stake.

The Chicago star’s unexpected death will provoke thoughts and messages of love, outrageous takes, a conspiracy theory or two, an outpouring of grief and genuine fans trying to navigate the waters of these dark times.

While TMZ had intially reported on Juice WRLD's death, social media went into a frenzy of support — memoralizing Juice's staple on the music industry. But through the many sources covering this story through social media, no credible news outlets state Juice WRLD's exact cause of death, nor has there been any video surveillence surfaced of his passing.

It's an assumption at best, until you hear his music.

RIP to #JuiceWRLD. The #BloNo and ISU community are forever touched by your visit last year. Your music, sound and message will live on forever. pic.twitter.com/W77hW4OHzG

His seizure can be linked to his flaunted drug abuse in his music. Juice WRLD openly talked of his mental and physical battles in using prescription drugs to subside his heart-wrenching pain.

New reports surfaced Monday stating that other passengers aboard Juice’s private jet said that he had consumed several pills before arriving at Midway airport.

Authorities also found codeine cough syrup as well as seizing 70 pounds of marijuana on the plane.

JUST IN: Juice Wrld allegedly consumed pills on plane before his death, 70 pounds of marijuana seizedhttps://t.co/JIsMLVzeef

Bottom line: these types of rappers — and some of their fans — live in, love and embrace drug glorification, despite its possible repercussions.

This “drug culture” that music has grown to immortalize is one that should be taken with a grain of salt as a listener. However, as an artist, that’s the world that they seem to live in, regardless of anything.

The massive amounts of fame and money in such a short amount of time comes with the demons that follow it. Young people — like high school and college students — idolize these rappers, falling into the dark place that is the overuse and misuse of drugs.

Is it just to numb the pain or is it in effort to follow your idols? This has been a question continuously brought up in music over the last few years, especially after the controversial Florida icon XXXTENTACION’s passing in July of 2018 and emo-rapper Lil Peep’s passing that same year.

Although XXX's death was through an unthinkable slaying in his native Florida, rappers like Lil Peep, Mac Miller and now Juice WRLD fall into the category of overdose. The misuse of prescription drugs such as Percocet, Xanax and Codeine were reportedly the cause of these young talents’ downfall.

It’s part of our society now, as music panders to its adversity. Nowadays, people are so quick to turn to prescription drugs for everything. Although not always the case, the overall use of these drugs in turn creates more side effects that then have to be cured with other prescriptions.

It seems like an endless cycle. Society has now developed a deep and chronic addiction to feeling as if nothing hurts you, when you don’t know you’re hurting yourself.

It takes time, but time is a precious thing.

If you are a fan of him, feel what you need to feel in this time. If this is the first time you are hearing his name, know that this won't be the last time this will happen. The harsh truth of it all is that these things happen every day.

As college students, we need to be more concerned with the overall course of our lives than just a high that will get you through the night. We need to end this stigma.

For now, all we can do is reminisce the “Good Days” of Juice WRLD’s legacy.

Juice WRLD to come to Grossinger

Late rapper Mac Miller has released a new album, "Circles," postmortem thanks to the help of his producers and family members. The popular art…