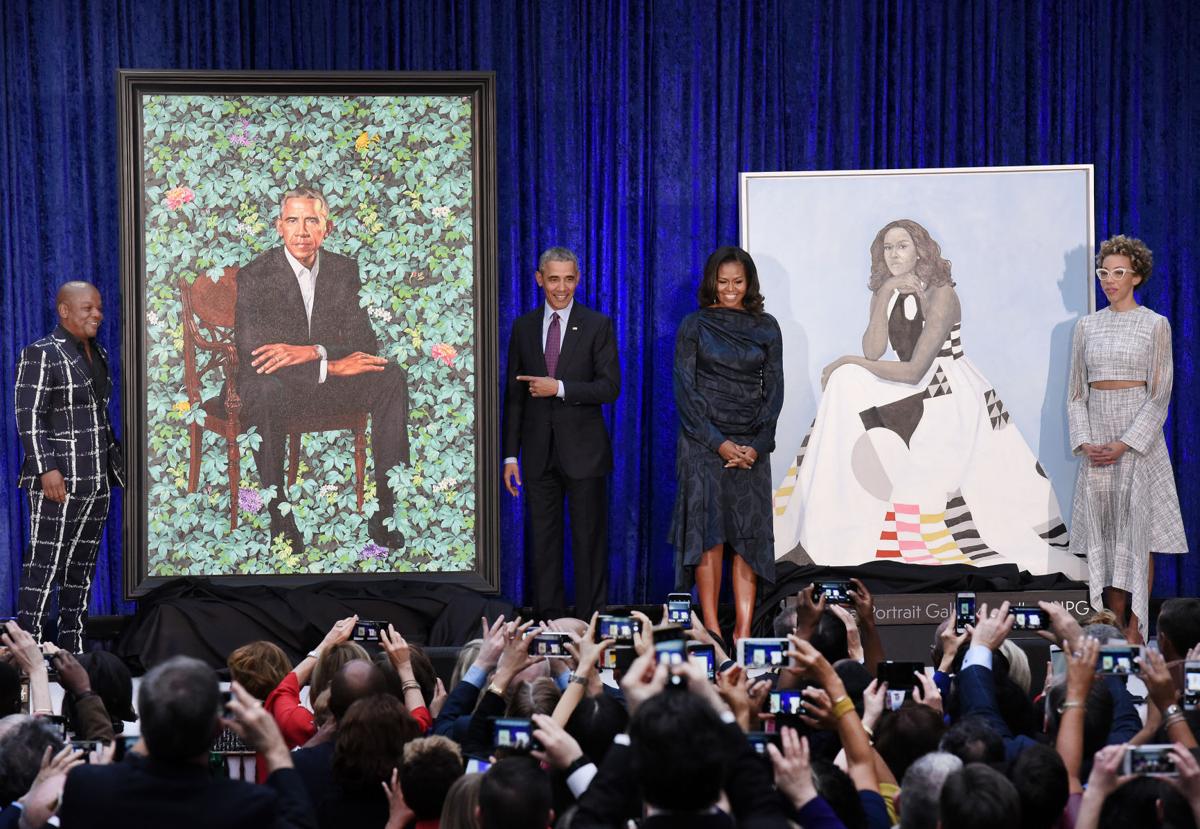 Former first lady Michelle Obama and former President Barack Obama pose with artists Kehinde Wiley and Amy Sherald during the unveiling of their official portraits at the National Portrait Gallery on Monday, February 12, 2018 in Washington, D.C. 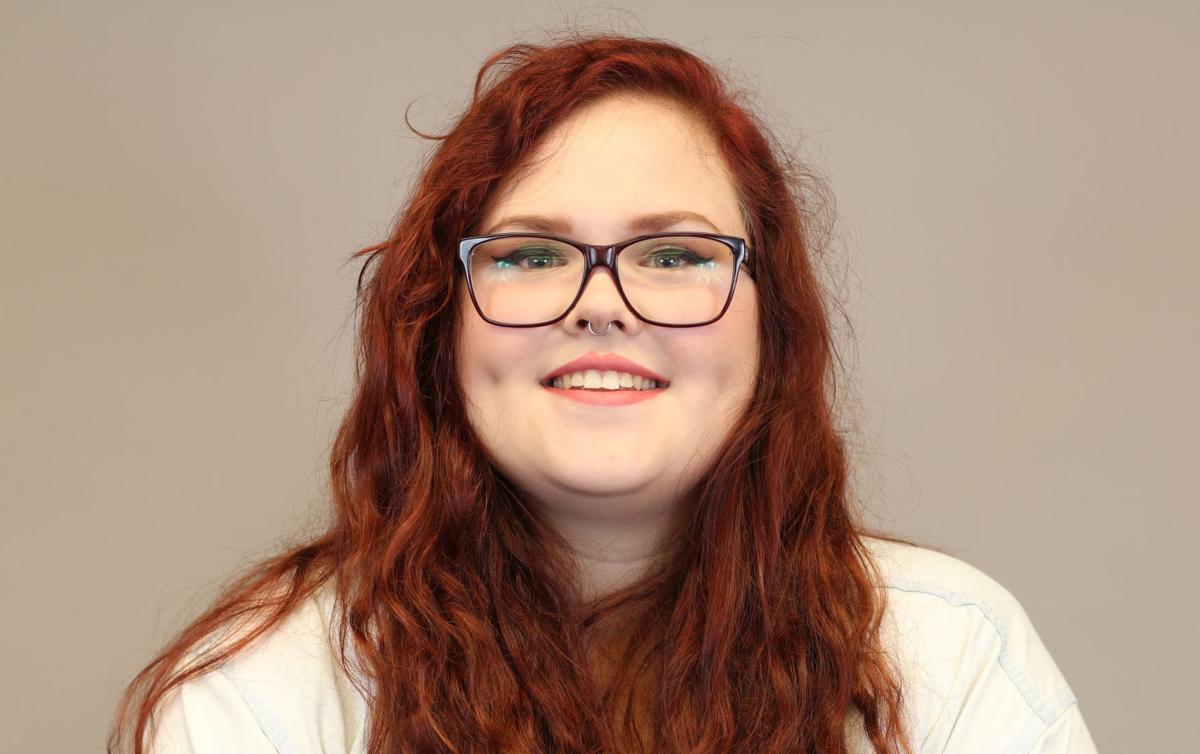 No one knew what to expect when former President Barack Obama’s official portrait was revealed.

Many assumed he would go with the official power play that many presidents before went with — strong stance, straight back and possessing a certain presidential quality.

But Obama went another way.

His portrait defies those toxic tropes that many wanted him to play into. The painting features him leaning forward with elbows on knees, arms crossed, no tie and an expression that conveys he is listening.

But most importantly, he isn’t painted against a backdrop of an office or anything of that nature. Instead, Obama is paired with a wall of vibrant leaves with flowers scattered about.

But not just any flowers: African blue lilies, jasmine and chrysanthemums. They represent Kenya, Hawaii and Chicago; all important places for the former president.

The artist could have used different motifs to give nod to Obama’s Kenyan heritage and his homes before the White House. But flowers make one think; make the audience say, “Hey, what’s up with the flowers?”

You also have nowhere to look but at Obama when you look at this picture. You can talk about the hyperrealism of artist Kehinde Wiley’s work, or the vibrancy of the colors. But you just can’t take your eyes off the man who led this country for eight years.

This portrait challenges the audience to think, reflect and stare deeply into the eyes of the president.

And some don’t like that. They just want a strong, singular representation of the president. Something to look at and move on. Some don’t want to think about the motifs in the portrait, what they mean or how they work together. And that causes the audience to just think of the Obama portrait as the “flower one.”

Wiley’s works are modeled after traditional European Renaissance paintings, but with modern twists where his subjects are everyday African-Americans. His postmodern approach to his portraits is remarkable, blending things that don't typically go together to create something amazing. And the way Wiley works with color breathes life into his portraits.

One also has to think about what it means to paint an African-American man against a soft, delicate image.

There is a stereotype that African-American men are more aggressive. In “Aggression in Black Masculinity” by Vistra Greenaway-Harvey, she writes, “Universally and in modern popular culture, it is almost a tautology that the black male is more aggressive than his white counterpart.”

But there is none of that stereotypical aggression to be seen in Obama’s portrait. It will stand out against the other typically masculine portraits in the Smithsonian National Portrait Gallery.

From Lyndon B. Johnson’s stance in front of the White House to Harry Truman’s paper holding in front a beautiful landscape to Teddy Roosevelt holding a riding crop to George Washington’s strong stance presiding over his desk.

Obama’s portrait will stand out, not only as the first African-American president in the gallery, but by the sheer beauty of his portrait. Obama and Wiley defy masculine tropes with their portrait, but it most importantly defies what is placed upon black communities as aggressors.

Obama looks vibrant, real and invokes feelings of respect for our former president who thought before he spoke, whose words carried a heavy weight, whose intellect could be heard in every sentence. He sits in flowers and leaves and listens.

KAYLA JANE is an English major and columnist for The Vidette. Any questions or comments concerning her article can be send to vidette_kjeffer@ilstu.edu. Follow her on Twitter @KJJeffers.