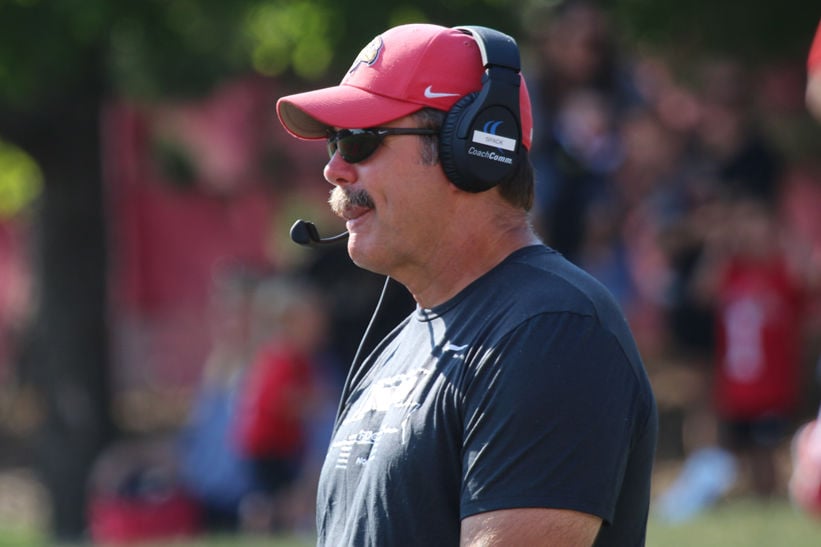 In a continued streak of departures for Illinois State University football, offensive coordinator/quarterbacks coach Kurt Beathard is no longer affiliated with the team.

Before resigning Beathard left a message. After clearing his office and before leaving Beathard put a poster on his door reading, "All lives matter in the eyes of our lord and savior Jesus Christ.'

Head coach Brock Spack announced the position will be filled and shared by Ghaali Muhammad-Lankford and C.J. Irvin in Beathard's exit of the program.

Spack expressed his excitement for the revisions of his coaching staff.

“They’ve been great additions to our staff over the past several years and I have no doubts they will do a great job in their new role working together. We would also like to thank Kurt for his efforts and wish him the best moving forward.”

The Redbirds have already filled the vacant quarterback coach position with the hire of Andy Belluomini, who previously was on the Northwestern Wildcats coaching staff. Belluomini has already been brought in and is working with quarterbacks.

“I have a longstanding relationship with coach Fitzgerald and other members of the Northwestern coaching staff, and Andy was highly recommended by them all during the search process,” Spack said.

“Andy has joined our staff and hit the ground running and we look forward to him having a positive influence on our quarterback room.”

In a series of events, the Illinois State University  football team loses Paul Monaco and Dy…

One day on the field, one day off of it — the Illinois State University football team has ex…

In football, roster depth is vital to a team’s success. With higher injury rates than other …

After losing out on football for the fall semester, Illinois State University football fans can now look to the spring as the Missouri Valley …

As Football Subdivison schools find themselves playing football on Saturdays, the Illinois State University football team will be spending the…